skip to main | skip to sidebar

Today, as is normal for every Muslim men , I went to Masjid Assaykiriin , Bintulu's biggest mosque to perform my Friday prayers. It has become my routine now go to my parents house after every Friday prayers to join them for lunch .

Posted by Mahmud Yussop at 5:39 AM No comments:

In the distance standing high on the hilly landscape is the Jepak Tower. In the middle ground, a tug boat tows a barge loaded with logs. What excites me most is the contrasting colours of the vessel and the red drums in the foreground. Bintulu is a real treat when it comes to see river boats, ships and tugboats. Bintulu is a timber country, before and now.

Posted by Mahmud Yussop at 5:00 AM No comments:

Can one be ever bored with heliconias? They are brilliant, exotic and last for weeks as cut flowers. However its flowers are really tiny and significant. Most people like them for their bracts( false flowers) which can be in colours of pink, red, yellow etc. Here I have a clump of heliconia stricta.
Posted by Mahmud Yussop at 5:26 AM No comments:

Today the mist was exceptionally thick at my farm and the surrounding areas of Kampung Jepak. The thick mist disappeared around 8.00 am. Throughout the day the weather was extremely heaty and humid.

Posted by Mahmud Yussop at 8:32 AM No comments: 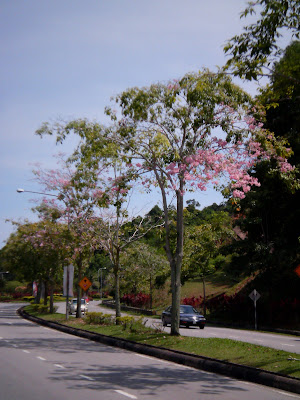 On the way to Tanjong Batu beach this morning, I spotted this row of flowering Tabebuia rosea trees. This year the flowering doesn't seem to be heavy like the previous year when it started earlier in May. Sometimes called the trumpet tree, the pink flowers are spectacular and are clustered at the end tips of the branches. The flowers will fall after about a week or so and by which time will totally cover the ground . A closer examination of the flowers will reveal its trumpet- like shape. Two varieties are grown in Bintulu, the white one called Tabebuia alba and the pinkish variety called Tabebuia rosea. They came in a yellow envelope about twenty years ago from Singapore. Those seeds from the envelope were germinated at the BDA's Sungai Plan nursery. From this nursery, the young trees were sent to Miri, Sibu and other smaller towns in Sarawak.

Posted by Mahmud Yussop at 4:31 AM No comments: 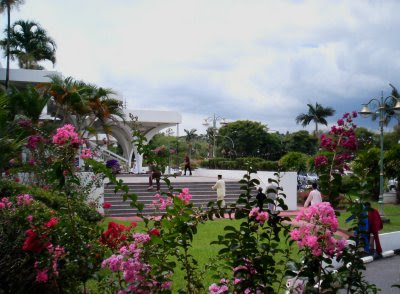 Crepe myrtle ( Lagerstroemia indica ) plants in colours of pink, red and mauve greet Muslims as they enter the Assyakiriin mosque's landscaped compound to join other Muslims in Friday congregational prayers inside the fully packed praying hall.

Posted by Mahmud Yussop at 6:17 AM No comments:

Today is Friday and is a day of great religiosity for Muslims. Later in the day I'll be on my way to Bintulu town to join the congregation in Friday prayers. Thus I woke up very early to enjoy the fresh morning air and to witness the early morning blooms. I walked towards the back of my chalet and found this frangipani tree in terminal flowers. The flowers are extremely fragrant. 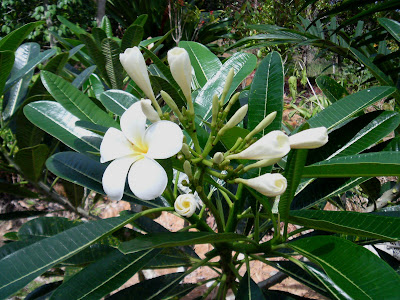 I understand that the name 'plumeria' was derived from a French botanist who did describe several on this tropical plant species way back in the 17 th century. In Sarawak it is one of the easiest plant to propagate and grow because it loves our tropical heat and open sun. 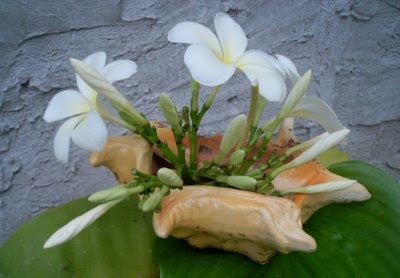 I plucked two branches with terminal flowers and placed them in a large sea shell turned upside down.

Posted by Mahmud Yussop at 5:40 AM No comments:

You are Welcome to Visit MY other webblogs

Thanks ! nobu for the Butterfly Award 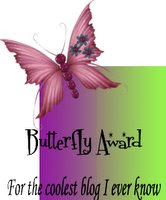